With over 165 songs and 14 studio albums, it’s safe to say that Pink Floyd made their mark on the music industry. Smash hits Comfortably Numb and Another Brick In The Wall are recognised worldwide, and their album The Dark Side Of The Moon stayed on the Billboard 200 charts for 917 weeks! But, like most classic rock bands, not all Pink Floyd songs saw such success.

While these top hits continue to leave an impression on anyone who listens, there’s a whole other side to Pink Floyd that you might not know about. We’re here to guide you through 11 underrated hits from the legends themselves!

Summer ‘68 was released in 1970 on the album Atom Heart Mother. This song provides the perfect juxtaposition, featuring a summery beat matched with self-deprecating lyrics. This song is great for blasting out on hot summer days, especially if you’re on a road trip. You’ll be met with feelings of nostalgia and hope (providing that you don’t listen to the lyrics too carefully!).

Remember A Day was written and sung by keyboardist Richard Wright. This song really highlights Wright’s talents, featuring a chilling piano ensemble and an eerie climax.

This song marked a huge turning point for Pink Floyd. While still holding psychedelic elements, die-hard fans noticed that the band started to experiment with mid-70s vibes. Safe to say, it paid off.

We’re back with another song from the 1970’s album Atom Heart Mother. Roger Waters took to the stage with If, a folk-ballad that no one was expecting. This mellow song has grown to be one of the most popular on the album, with some fans arguing that it should have been featured on The Dark Side Of The Moon.

Pink Floyd were never afraid to try new things, and their 1971 album Meddle proved just that. This 23-minute long interlude (yes, 23-minutes!) takes you on a journey like no other.

Echoes is a song that truly shows off Pink Floyd’s talents. From a slow-building intro with an eerie keyboard to guitar jams and drums, this interlude has it all.

Some may argue that See Emily Play isn’t an underrated song; it actually gained quite a bit of traction. However, when compared to the success of other songs, we think it deserved a hell of a lot more popularity.

See Emily Play is a classic bop that makes you instantly tap your feet. The lyrics are ever-so-simple, yet the instrumental led by an organ is not one to be missed. This is the type of song that’ll get stuck in your head forever and ever, and ever and ever…

A Pillow Of Winds brings 1971’s Meddle back down to a more sombre tone. It’s an incredibly soft song that will help you to achieve a zen state of mind. This song almost feels like a lullaby, featuring lyrics like “Sleepytime, and I lie, with my love by my side”. Cute!

Childhood’s End follows the classic Pink Floyd vibes that many know and love. However, as it was so similar to ‘Time’ from The Dark Side Of The Moon, it rarely ever got played lived. With that being said, ‘Time’ was popular for a reason, so there’s no denying Childhood’s End is an epic song.

Similarly to Summer ‘68, Crumbling Land is another song that radiates summer vibes. This probably didn’t pick up in popularity due to being so different to Pink Floyd’s classics, but we respect the bold change. The song is great and perfect for a day in the sun.

The song Any Colour You Like is incredibly tech-heavy, confirming that the band truly embraced the mid-70s era. Described as an earthy jam, perfect for listening with your studio headphones – this song is a strong dark horse.

The Final Cut is like marmite; you’ll either love it or hate it. Roger Waters’ went into full-on dark mode with this track, creating a depressing yet heart-pulling ballad. Unlike a lot of other Pink Floyd songs, The Final Cut focuses on the power of lyrics, rather than instruments. Grab the tissues.

The Gnome sums up Pink Floyd’s sometimes-bizarre nature quite nicely. This song takes you through the life of a gnome named Grimble Gromble, who wears scarlet tunics. Featured on their debut album The Piper At The Gates Of Dawn, The Gnome truly helped to give Pink Floyd their famous acid/psychedelic vibes. And, yes, the whispers at 1:20 are terrifying with headphones on.

Have You Found A New Favourite?

Pink Floyd were a band like no other. The diversity and talent that they brought to the music scene will forever go down in history! With so many songs offering so many different vibes, we highly recommend listening to as many as you can. 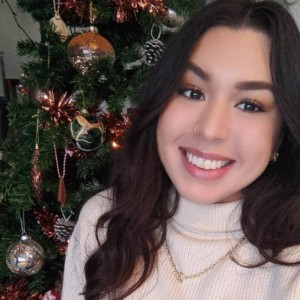