What Is The Difference Between A Record Player And A Turntable?

When it comes to reading and talking about record players, the terms “record player” and “turntable” often get used interchangeably. While there’s absolutely nothing wrong with this, music-savvy people might find themselves a bit confused. This is because, depending on the context used in, record players and turntables are actually two different things.

To clear things up, we’re here to talk you through the main differences between record players and turntables.

What Is A Record Player? A record player is an all-in-one machine that doesn’t require any external devices to play music. This means that, to put it simply, record players feature all of the following elements in one:

Due to requiring no external sources to function, a lot of record players are often portable. This makes them more widely used.

The Logistics Of A Record Player

As record players already have everything they need to function, the logistics are pretty simple. When your record starts to spin on the player, it creates sound vibrations that convert into electrical signals. The amplifiers then vibrate and feed the sound waves through to the speakers.

What Is A Turntable? The turntable is a part of a record player – it consists of the platter that spins the record and the tonearm that reads the music. However, this is often where the lines overlap, and people become confused. Turntables can also be their own standalone device that requires external assistance to play music. Simply put, unlike record players, turntables are not an all-in-one device.

The Logistics Of A Turntable

While turntables also rely on sound vibrations to create audio, the logistics are slightly more complex. Here’s a step by step view of how most turntables work…

This process is incredibly similar to the process of a record player, but the amps and speakers are external devices instead.

Record Player Vs. Turntable: Which Is Better?

Just like most things in the world of music, it’s impossible to say whether one device is better than the other. Similar to choosing between automatic vs manual record players, the answer will entirely depend on your preferences and purpose for playing music. There are, however, some advantages and disadvantages of the two devices.

To help make your life easier and judge what’s best for you, take a look at the pros and cons of both record players and turntables below…

If you wish to carry your record player or turntable around with you, size is an incredibly important feature. And, if this is the case, record players probably aren’t the best option for you.

As record players contain all of the mechanics inside them, they are often larger and heavier than turntables. This makes them more suitable for home set-ups.

When it comes to convenience, record players are the way to go. You don’t need any additional devices to make record players function, meaning your music can play at just the click of a button. On the other hand, turntables usually need to be connected to external sources to deliver the full experience.

Sound quality is undoubtedly an incredibly important feature of any music playing device. If the quality is bad, your whole experience will be incredibly underwhelming.

In terms of sound quality, record players are often of lower quality than turntables. This is because the built-in speakers are pretty small, making it near impossible to deliver a full frequency range of music.

With turntables, you have full freedom to connect it to the highest quality of device possible. While this can turn into an expensive venture, the quality of audio will make it all worth it.

As mentioned earlier in this guide, cheap record players have been found to damage vinyl records. This is usually down to a number of reasons, with cheap components scratching the record being the main one.

If you have a beloved vinyl collection that you wish to keep intact, stay away from record players. Turntables are far more likely to protect your records.

Record players are often built to a much poorer quality than turntables. This is mainly due to the fact that they are in higher demand, meaning they are manufactured as cheaply as possible. While this isn’t the case for all record players, the most popular ones are often built poorly to reflect an affordable price tag. It’s important to look after your record player to increase its lifespan, but turntables generally last far longer due to being made from better materials.

What Do Record Players And Turntables Cost?

Realistically, most people choose a device based on costs. While price will entirely depend on the model and the way it’s made, record players are usually cheaper. This is mainly because they can get away with being made from cheaper parts, but this isn’t always beneficial in the long run.

How To Decide What’s Right For You

Ultimately, deciding what music device is best for you will depend on how you intend to use it. If you only care about playing music around the house, a record player will provide the most convenience. If you have a big vinyl collection and take music more seriously, however, a turntable will be most suited! 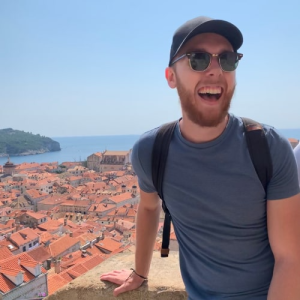